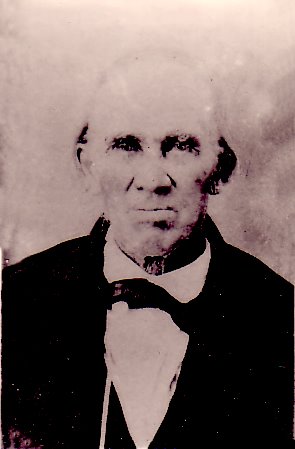 Report on William Cazier for reunion in Afton (PDF)

William Cazier, first patriarch of Juab Stake was born 21 January 1794 in Prince William County, Virginia. William was the Son of James Cazier Jr. and Elizabeth Cahoe. James Cazier Sr. the grandfather of William was born in the year 1730. His wife was Fanny or Fanna. It is not known where they lived before coming to Prince William County Virginia. They may have been forced to flee from New York during the Revolutionary War (1775-1783). We don’t know.

Little is know of the boyhood or youth of William Cazier. He was about 12 years of age when his mother and stepfather moved to Wood County, Virginia. Mattie says: “How we wish we knew more about this period of his life and about his courtship and marriage”. In 1816 William Cazier age 22 married Pleasant Drake age 18. The place of marriage is unknown. Pleasant Drake was born 31 March 1796 in Loudoun County, Virginia, a daughter of Thomas Drake and Lydia.

It has been discovered that William served with the Maryland Militia in the War of 1812. See the link to “William Cazier and War of 1812 research by Carol Cazier Reynolds” in the Family Histories.